Like many mathematical concepts, vectors can be understood and investigated in different ways.

There are at least two ways to look at vectors:

We can abstract away the differences in these approaches and just look at what is always true of vectors, when we do that we get a set of axioms usually in the form of equations. An example of an axiom for vectors is the 'distributivity law':

We can think of these two operations: vector addition and scalar multiplication as defining a linear space (see Euclidean space).

So any point could be identified by:

So the two scalar multipliers (α, β) can represent the position of the point in terms of our basis vectors. This leads to a way to work with vectors in a purely algebraic way.

The algebraic approach and its operations are explained on this page so here we will just give an overview.

We can think of a vector as being like the concept of an array in a computer language, for instance,

However there is a difference from a computer array because, in the computer case, the elements of the array can be any valid objects provided they are all of the same type. In the case of vectors the elements must have certain mathematical properties, in particular they must have the operations of addition and multiplication defined on them with certain properties. The properties required of the elements of the vector are that they must form a mathematical structure known as a field (see box on right). In mathematical terminology this is known as a vector over a field, in other words a vector whose elements are fields.

These operations interact according to the distributivity property:

Which gives the vectors a linear property. We can now put together a set of axioms for vectors:

Contrast this with the axioms for a field (on this page)

Vectors may also have additional structure defined in terms of other multiplications defined on them such as the dot and cross products as we shall see later. These are optional, the only compulsory operations are addition and scalar multiplication.

So far we have shown a vector as a set of values in a grid as this is more convenient on an html web page but the usual notation for a vector is to put the values in square brackets:

Sometimes, when we represent the whole vector as a symbol, we may put an arrow above the symbol (in this case v) to emphasise that it is a vector.

Or an alternative we can use the following notation:

The first form is more convenient when working with matrices, whereas the second form is easier to write in text form.

Here 'x', 'y' and 'z' are operators, they can often be used in equations in a similar way to variables but they may have different laws (for instance multiplication may not commute). This can be a conveinent way to encode the laws for combining vectors in conventional looking algebra.

Relationship to other mathematical quantities

We can extend the concept of vectors (usually by bolting on extra types of multiplication to add to the built-in addition and scalar multiplication) to form more complex mathematical structures, alternatively we might think of vectors as subsets of these structures, for instance:

What we cannot do is have a vector whose elements are themselves vectors. This is because the elements of the vector must be a mathematical structure known as a 'field' and a vector is not itself a field because it does not necessarily have commutative multiplication and other properties required for a field.

Still it would be nice if we could construct a matrix from a vector (drawn as a column) whose elements are themselves vectors (drawn as a row) :

In order to create a matrix by compounding vector like structures we need to do two things to the 'inner vector':

To do this we create the 'dual' of a vector, this is called a covector as described on this page.

then, vOut will be twice the magnitude of vIn but in the same direction.

Quadratic structure on a linear space

However these linear properties are not enough, on their own, to define the properties of Euclidean space using algebra alone. To be able to define concepts like distance and angle we must define a quadratic structure.

if a is a three dimensional vector with bases e1, e2, e3

In the vector algebra discussed already the square of a vector is always a positive number:

However, we could define an equally valid and consistent vector algebra which squares to a negative number:

For 3D programming (the subject matter of this site) we are mainly concerned with vectors of 2 or 3 numbers.

A vector of dimension 3 can represent a physical quantity which is directional such as position, velocity , acceleration, force, momentum, etc.

For example if the vector represents a point in space, these 3 numbers represent the position in the x, y and z coordinates (see coordinate systems). Where x, y and z are mutually perpendicular axis in some agreed direction and units.

A 3 dimensional vector may also represent a displacement in space, such as a translation in some direction. In the case of the Java Vecmath library these are two classes: Point3f and Vector3f both derived from Tuple3f. (Note these use floating point numbers, there are also classes, ending in d, which contain double values). The Point3f class is used to represent absolute points and the Vector3f class represents displacement. In most cases the behavior of these classes is the same, as far as I know the difference between these classes is when they are transformed by a matrix Point3f will be translated by the matrix but Vector3f wont.

Here we are developing the following classes to hold a vector and encapsulate the operations described here,

It would be possible to build a vector class that could hold a vector of any dimension but a variable dimension class would be less efficient. Since we are concerned with objects in 3D space it is more important to handle 2D and 3D vectors efficiently.

Upto now we have thought of the vector as the position on a 2,3 or n dimensional grid. However for some physical situations there may not be a ready defined Cartesian coordinate system. An alternative might be to represent the vector as a linear combination of 3 basis:

These basis don't have to be mutually perpendicular (although in most cases they probably will be) however they do have to be independent of each other, in other words they should not be parallel to each other and all 3 should not be in the same plane.

So a vector in 3 dimensions can be represented by [a,b,c] where a,b and c represent the scaling of the 3 basis to make the vector as follows:

Note that if this vector represents position then it will be a relative position, i.e. relative to some other point, if we want to define an absolute point we still have to define an origin.

Vectors can be manipulated by matrices, for example translated, rotated, scaled, reflected.

There are mathematical objects known a multivectors, these can be used to do many of the jobs that vectors do, but they don't have some of the limitations (for example vector cross product is limited to 3 dimensions and does not have an inverse).

There is also a more general family of algebras (less constrains) than 'vector spaces over a field' these are 'modules over a ring'.

In Geometry and Physics

An algebraic structure with two operations, addition and multiplication (described on this page) a field has the following axioms.

This page discusses these questions .

Here are some pages on this site which aim to help start writing games:

One of the things this site aims to do is to explain the physics required to write games. For example, this page, explains how to calculate the response of solid objects to a collision. We can use fairly standard physics concepts such as impulse to do this. 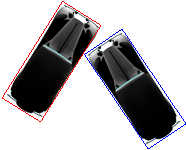 However, using these concepts can get very complex, especially when we want complex games to run quickly. Some of the things that can cause problems are:

It would be good to work out how to use different algebras to minimise these problems. For example dual quaternions are a good way to represent linear and rotational quantities in one mathematical element. But can dual quaternions be used when we are working with inertia tensors?